Go Back to Shop All CategoriesContestGeneralKids
HomeBlogGeneralDinosaur Facts for Beginners

The tallest dinosaurs were the Brachiosaurid group of sauropods. Their front legs were longer than the rear legs giving them a giraffe-like stance. This combined with their extremely long necks, which were held vertically, meant they could browse off the tallest trees. Brachiosaurus – the most well known of the group – was 13 metres tall. Sauroposeidon was massive and probably grew to 18.5 metres tall making it the tallest dinosaur.

Stegosaurus had a brain the size of a walnut – only 3 centimetres long and weighing 75 grams. However, comparing brain size to body size sauropodomorphs, like Plateosaurus, were probably one of the dumbest dinosaurs.

The longest dinosaur was Argentinosaurus, which measured over 40 metres, as long as four fire engines. It was part of the titanosaur group of dinosaurs. Its remains have been found in Argentina, South America.

The Most Brainy Dinosaur

One of the most intelligent dinosaurs was Troodon. It was a hunting dinosaur, about 2 metres long, and had a brain size similar to that of a mammal or bird of today, stereoscopic vision, and grasping hands.

Dinosaur eggs come in all shapes and sizes. They tend to be ovoid or spherical in shape and up to 30cm in length – about the size of a rugby ball. The smallest dinosaur egg so far found is only 3cm long. Once the egg has been fossilised it will become hard like rock, but it will retain a structure of its own.

The dinosaur with the longest name was Micropachycephalosaurus meaning “tiny thick-headed lizard”. Its fossils have been found in China, and it was named in 1978 by the Chinese paleontologist Dong.

The oldest known dinosaur is Saltopus. It was a small carnivore that lived 245 million years ago. Remains of this dinosaur have only been found in Scotland, so the UK might hold the key to the origin of dinosaurs.

The First Dinosaur to be Named

The first dinosaur to be named was Megalosaurus. It was named in 1824 by Reverend William Buckland. Megalosaurus means ‘great lizard’ and it was about 9 metres long, and 3 metres tall.

The First Dinosaur to be Discovered in America

The first discovery of dinosaur remains in North America was made in 1854 by Ferdinand Vandiveer Hayden during his exploration of the upper Missouri River. He discovered a small collection of teeth which were later described by Joseph Leidy in 1856 as belonging to Trachodon, Troodon, and Deinodon.

The speediest dinosaurs were the ostrich mimic ornithomimids, such as Dromiceiomimus, which could probably run at speeds of up to 60 kilometres per hour.

How many types of dinosaur were there?

At present over 700 different species of dinosaurs have been identified and named. However palaeontologists believe that there are many more new and different dinosaur species still to be discovered.

A unique place for dinosaur fans

Are you fond of dinosaurs? Almost every kid is. Unfortunately, many of them lose their interest when they grow up. If you belong to those who continue to love dinosaurs, you have come to the right place. We welcome you to our new store: at https://dinoglobe.com/, you will find everything a dinosaur fan may dream...

The primary “villain” of Jurassic World is the genetically engineered Indomitus rex, which is one terrifying dinosaur. But these eight dinosaurs are even scarier — because they actually existed. Spinosaurus aegyptiacus Recent research has shown Spinosaurus aegyptiacus is most likely the largest species of carnivorous dinosaur that ever lived, measuring over 50 feet long. And you wouldn’t even be safe... 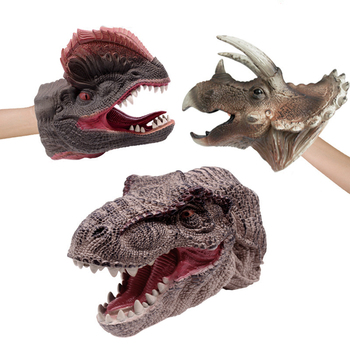 A 10-year-old boy in China who was out playing near a lake accidently unearthed a fossilized egg that led to the discovery of a very rare dinosaur nest that is 66 million years old. The find is just the latest in a city that has become famed for its number...

The Best Dinosaur Attractions Around The World

From beaches in the Isle of Skye to museums in Bolivia, dinosaurs are easy to find – if you know where to look. Let’s list where you can find dino footprints, fossils and theme parks around the world… Jurassic Park Discovery Centre, Universal Studios, Orlando, USA The Jurassic park in Orlando...